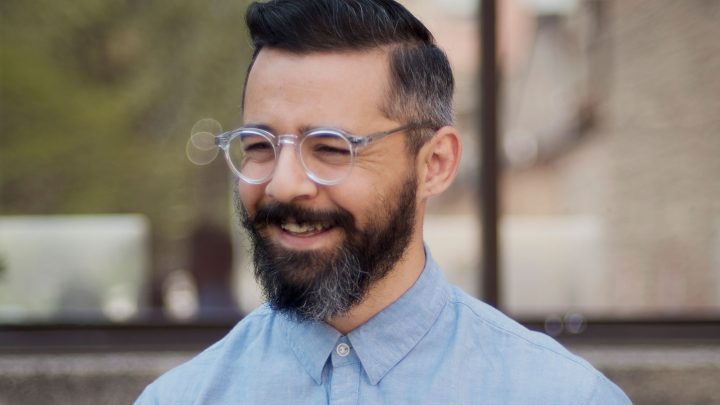 In his new book, The Building as Screen: A History, Theory, and Practice of Massive Media, the 2006 Arts & Science graduate explores the critical, cultural, and creative potential of the developing medium.

“I think it’s an important topic because we’re seeing more and more massive media these days,” Colangelo says. “These giant public screens are becoming a new space for us to engage with one another — and potentially to better express our values and concerns. These screens create a lot of possibility, and the book helps to identify tactics to keep these spaces more open and to make them work for us.”

Colangelo, professor and coordinator of the Bachelor of Digital Experience Design Program at George Brown College, says the road to finding his niche in massive media has been long and winding. In fact, he actually began his undergraduate career studying Engineering Physics back in the early 2000s. But, with his graduation in sight, he began to yearn for something else.

“Wherever I went, the most interesting people in the room were always Artscis,” he recalls. “At The Silhouette, in the Environment Club — I always just clicked with people who were in the Arts & Science Program, no matter where I was.” 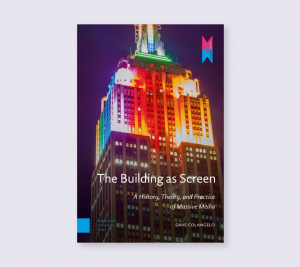 Couple that with a growing interest in inquiry-based learning, fostered within the Engineering and Society courses he was taking at the time, and Colangelo was inspired enough to leave Engineering after four years to pursue an honours B.Arts Sc.

“I had a unique hybrid cohort experience in the Program,” he explains. “Because I was given credits for the science-based courses for the work I did in Engineering, I basically spent two years doing four years’ worth of arts-based courses, along with my thesis.”

Colangelo says this gave him the unique opportunity to really connect with people from four different years of Arts & Science instead of just his own. Today, he maintains friendships with Artscis from a diversity of graduating classes.

After graduating from the Program, Colangelo spent a year in London, England at Goldsmiths College doing an MA in Cultural Studies. At Goldsmiths, he was able to delve a little deeper into some of the concepts first introduced to him by Dr. Louis Greenspan in ARTSSCI 2A06, the core Level II Arts & Science course in social and political thought. Following that, he spent two years working at a social housing not-for-profit before the call of academia ultimately drew him back in to pursue a PhD in Communication Culture, which he earned at Ryerson and York through a joint program.

During this time, he and a colleague, Patricio Dávila, now an associate professor at OCAD University, started creating art projects related to the research they were conducting in their PhD program. Together, they created Public Visualization Studio as an outlet to pursue inquiries into the political and conceptual aspects of interaction, space, and media.

“I was interested in large urban screens, public projection, and media facades, and trying to see how these spaces were being used critically and creatively,” he says. “Patricio was interested in things like data visualization, so we put our ideas together and began creating critical public data visualizations using urban screens and LED facades.”

While Public Visualization Studio has produced a series of eye-catching art displays on massive screens, structures, and facades around North America, Colangelo counts the studio’s first big project among its most memorable.

During Nuit Blanche in 2010, they invited people to work together to increase the energy of the CN Tower. For every text message they received containing the word “energy,” they added more energy to the Tower’s lights, making them pulse faster and glow brighter. By the end of the festival, the CN Tower was beaming with bright blues, greens, and oranges.

“It was a massive, multi-user, all-night-long public data visualization of the city’s energy on a structure that, in a lot of ways, symbolizes the energy of the city,” he explains. “It was a unique way for us to match form and content.”

As massive media becomes more ubiquitous — it’s becoming increasingly common in shopping malls, at festivals, on city street corners, and beyond — Colangelo says it’s more important than ever for people to be aware of both the medium and the message it’s sending.

“It’s important to create open spaces for expression and to allow for a diversity of voices to be heard,” he says. “That goes for all levels of society, but this is one that I think is particularly overlooked at the moment despite becoming more and more pervasive. I think it needs our attention.” 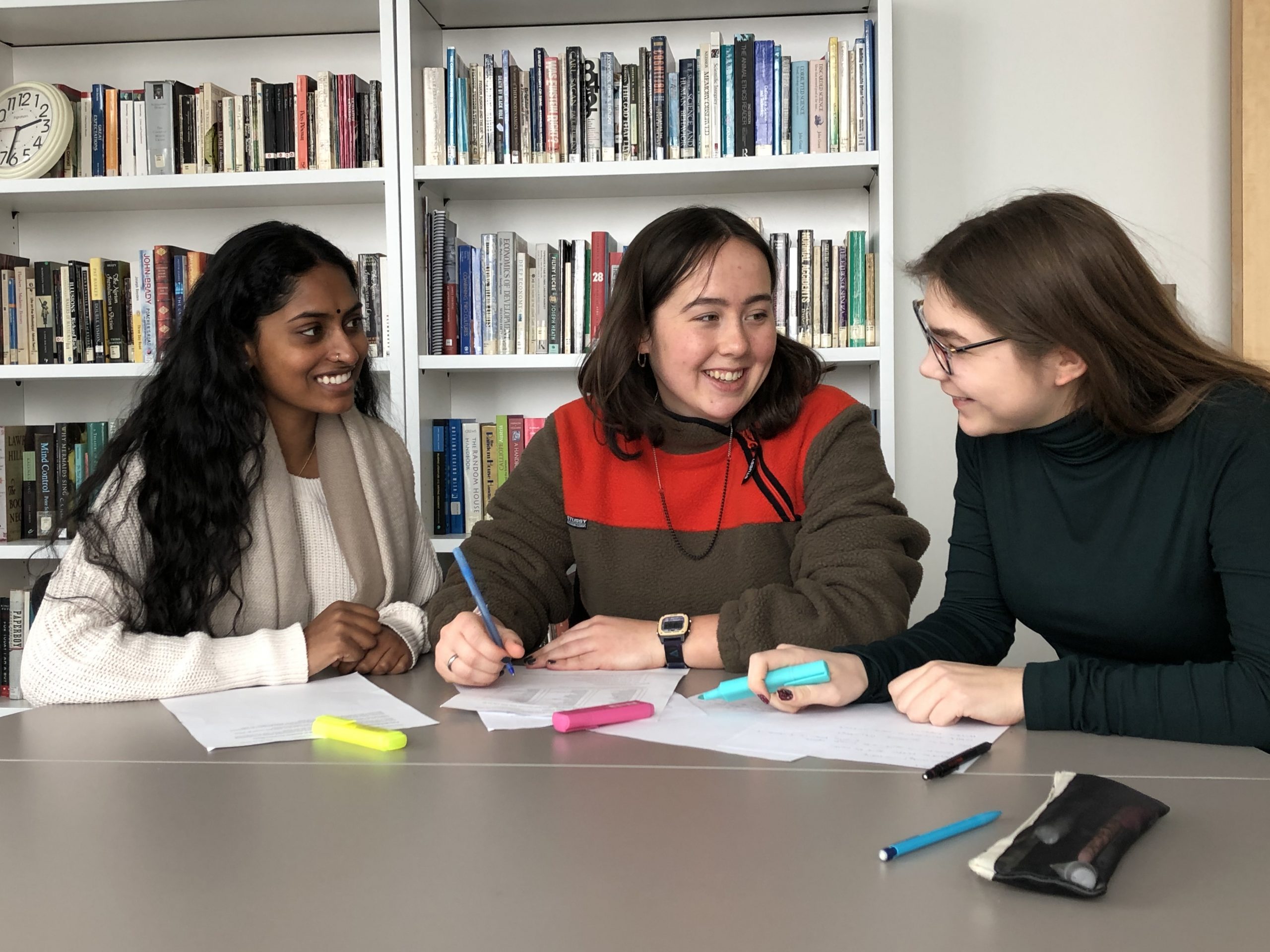