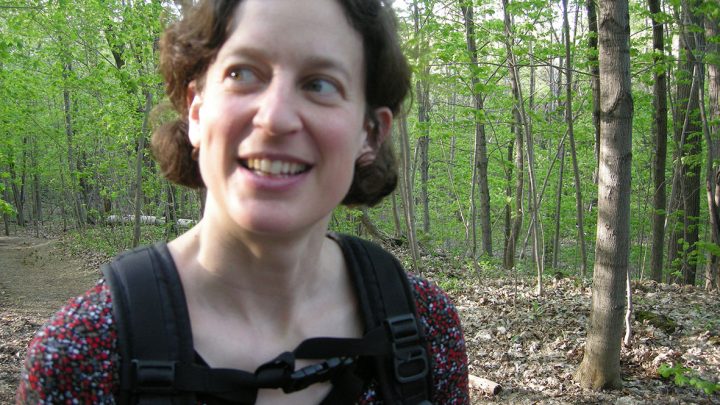 Immigrating to a new country can be intimidating. On top of the standard logistics, such as filing mounds of paperwork, finding a home, and looking for a job, there are often major cultural hurdles that newcomers must also face. Immigrants to Canada, in particular, must acclimatize to four very different seasons, two very different official languages, and one of the most unique geographies on the planet.

That’s why Adrienne Blattel took it upon herself to ease the transition for newcomers to the country. The 1998 graduate of McMaster’s Arts & Science Program founded the Intercultural Outdoor Program as a means of connecting, educating, and integrating newcomers through fun-filled outdoor adventures.

“The idea for the Program really started during a career transition,” she explains. “I was travelling in Montenegro, doing some volunteer work there, and I decided to join a local hiking club. The group was made up of locals who spoke little to no English or French, so it kind of forced me to learn some of the native language.”

Blattel says that having locals chaperone her hikes also provided a layer of safety that she didn’t even realize she needed. Some trails, for example, were home to rattlesnakes during certain seasons — something she would have never known had it not been for the group.

The combination of safely integrating herself into a new environment, learning a little bit of a new language, and making new friends with vast cultural differences illuminated a figurative lightbulb above her head — “I need to do this for new Canadians,” she thought. 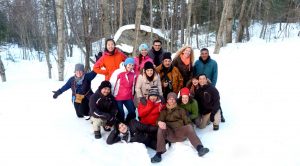 So Blattel returned home to Montreal with a plan to host traditional outdoor activities for newcomers to Canada. From hiking and biking to camping, canoeing, and kayaking, she was intent on safely bringing the best of the Canadian landscape to new Canadians as a means of helping them to learn the languages and meet new people.

Unsure of how her plan would unravel — as a not-for-profit, as a start-up company, or perhaps as a volunteer program — Blattel started by simply pitching the general idea to community leaders in the Montreal area. Quickly, the idea was scooped up by the Milton Park Recreation Association, an inner-city community centre and non-profit organization, and, not long after that, the Intercultural Outdoor Program was born.

Now nearly 10 years in, the Program has been a huge success and become a vital instrument for acclimatizing new immigrants to Canada.

Blattel says that, while she has been routinely humbled by how much people seem to gain from participating in the Intercultural Outdoor Program, one moment strikes her as particularly memorable.

“A few years ago, I had taken a group on an adventure just outside of Montreal and it started snowing,” Blattel recalls. “It was one of those light snowfalls where the snowflakes are gigantic and intricate. One of the women in the group, a newcomer from Algeria, just broke down and started crying, telling us all that a beautiful snowfall was something that she never thought she’d live to experience. She just kept repeating ‘I’m so grateful, I’m so grateful, I’m so grateful.’ It’s always rewarding to be a part of moments like that.” 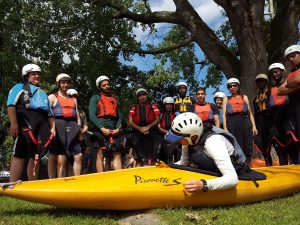 While Blattel has always had a penchant for the outdoors — a penchant solidified by a Master’s in Environmental Studies and Heritage Interpretation — she says that it was her time as a student of McMaster’s Arts & Science Program that really helped her bring the Intercultural Outdoor Program to life.

“I like to think that I’m pretty lucky in that I truly have the best education I could have for the work that I want to do,” she says. “Artsci, in particular, really gave me the confidence to pursue something that is both fun and meaningful. It gave me a multidisciplinary way of thinking, and taught me the importance of giving back to the community.”

In addition to establishing the framework for what would ultimately become her unique career, Blattel says that her undergrad experience also gave her an unexpected lifelong friend. Artsci prof Bob Henderson, who taught her back in the ‘90s and served as her thesis supervisor, has been a huge supporter of the Intercultural Outdoor Program since its inception.

The two have adventured together, supported each other’s professional endeavours, and Henderson even featured Blattel in one of his books, More Trails, More Tales: Exploring Canada’s Travel Heritage.

“Bob always had this way of getting us outside and making us curious about nature,” Blattel recalls. “I have immense respect for him, and I feel honoured to still be in touch with him all these years later.”

“We’ve managed to maintain that professor-student relationship forever, instead of for just one term or just one year,” Henderson adds. “We keep in touch regularly, and I’m so very impressed by her work in Montreal.”

Although Henderson retired from his full-time position at McMaster in 2010, he still co-teaches A Celebration of Winter as Place, one of Artsci’s “Interdisciplinary Experiences” courses.

The course is designed to help students consider winter as a misunderstood season. Much as Blattel does with newcomers to Canada, Henderson takes McMaster students into the great outdoors to explore winter as a fundamental expression of Canadian identity through the lenses of history, geography, and literature. With snowshoe and ski excursions, and plenty of time huddled around a campfire, students who take the course are able to discern the cultural importance of the season — something Blattel wholeheartedly supports.

“Winter has become my favourite season,” she says. “Seeing people transform from being apprehensive about winter to enthusiastic about it fills me with pride. With newcomers in particular, winter can be challenging and intimidating. The best thing about my job is alleviating some of that stress and helping people embrace their new environment and love their new home.”