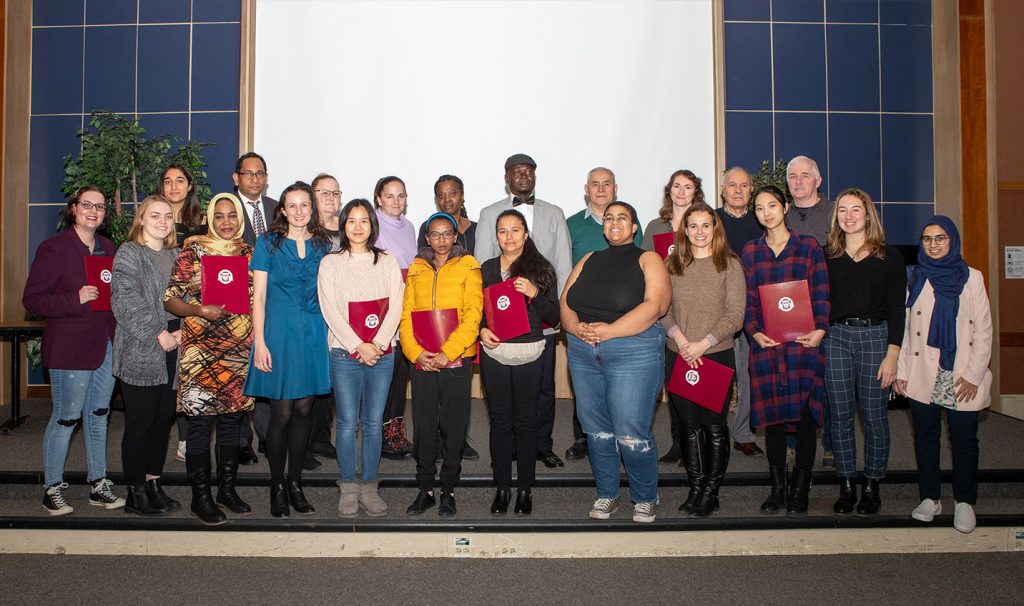 The inspiration for developing such a program at McMaster began when Dr. Jean Wilson, the Director of McMaster’s Arts & Science Program, learned about similar work happening in other cities across Canada. She brought a vision back to McMaster and discussions began with members of the McMaster Community Poverty Initiative and a variety of Hamilton community members. With endorsement from the Office of the President, as well as support from a variety of community partners, McMaster implemented the pilot phase of the McMaster Discovery Program in the fall of 2011. Arts & Science graduate Jeanette Eby served as MDP Coordinator, Dr. Daniel Coleman as instructor, and four Arts & Science students as members of the Student Support Team.

The pilot course was offered at the downtown branch of the Hamilton Public Library to approximately 20 participants on Saturdays throughout Oct. and Nov. 2011. The class provided students who would not usually be able to take a university-level course the chance to have that experience and at the same time provided an opportunity for the McMaster community to learn from the local community. This pilot course, with the title “Voicing Hamilton,” engaged students in reading and evaluating works of history, literature, and art and in developing their own creativity. The course focused on the different stories people have told about the city in which we live. Students in the class then developed projects of their own that gave voice to their experience of Hamilton—an incredible variety of work that was displayed at the graduation celebration on the McMaster campus on 10 Dec. 2011. The MDP pilot course was made possible by the contributions of the following: Adult Basic Education Association, City of Hamilton, Hamilton Community Foundation, Hamilton Public Library, Hamilton Roundtable for Poverty Reduction, McMaster Arts & Science Program, McMaster Community Poverty Initiative, McMaster School of Nursing, McMaster Office of the President, and Wesley Urban Ministries.

The Arts & Science Program continues to house the McMaster Discovery Program. The course “Voicing Hamilton” was offered for the second time from Sept. to Dec. 2012. In 2013, Dr. Ann Herring from the Department of Anthropology introduced a new course called “Plagues and the People of Hamilton,” which was offered for three years. Patrick Byrne, a graduate of the Arts & Science Program (2011), joined the Discovery Program as Coordinator in 2014. In 2016, Professor Anju Joshi, Department of Health, Aging and Society, introduced the course “Diversity and Resiliency: Human Differences and Our Ability to Overcome Challenges.” In 2017, she was joined by Marina Bredin, graduate of the Arts & Science Program (2017), as Coordinator. Since 2018, Arts & Science Program graduate (2014) and SST member (2012) Melissa Ricci has served as MDP Coordinator. In 2018, Dr. Kimberley Dej from the School of Interdisciplinary Sciences introduced yet a new course: “Diving In: An Interdisciplinary Exploration of Water.” Arts & Science students have continued to participate as members of the Student Support Team and contributors to Discovery programming as a whole. In 2020-21, Melissa Ricci worked with the Advisory Committee to develop programming appropriate for a year in which regular plans were disrupted by the pandemic. In 2021, the new course offering is “Rediscovering Hamilton through Community.”