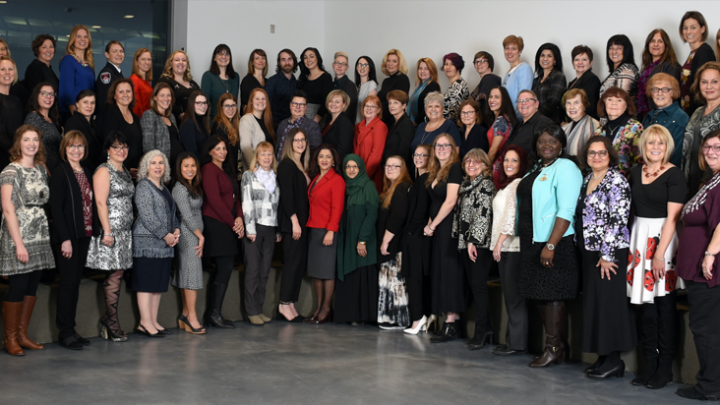 Last night, the YWCA Hamilton unveiled its nominees for the 2019 Women of Distinction Awards, and among the candidates were two members of the Arts & Science community.

“The Women of Distinction Awards recognize the achievements of women trailblazers in the Hamilton community,” the YWCA said in a release published on their website. “These prestigious awards honour women who have demonstrated leadership, been an agent for change, made an impact, inspired and encouraged other women in Hamilton to take part in shaping the future of their own lives.”

The “Young Woman of Distinction” category honours women aged 18-25 who demonstrate leadership and maturity beyond their years, whether at school, in the community, or in the workplace.

Awards in the “Education, Mentorship” category honour women who inspire a passion for life-long learning in those around them, empower others through teaching, and pave the way for future leaders.

Women who receive “Lifetime Achievement” Awards are honoured for a lifetime of significant and varied contributions to the community.

The Arts & Science Program has a rich history of representation at the Women of Distinction Awards. Artsci alumnae Stephanie McLarty (2003 grad), Jeanette Eby (2009 grad), and Mary Koziol (2011 grad) have won in varying categories: “Most Outstanding Workplace,” “Young Woman of Distinction,” and “Politics and Public Affairs,” respectively.

This year’s winners will be announced at a gala taking place on 7 March 2019.