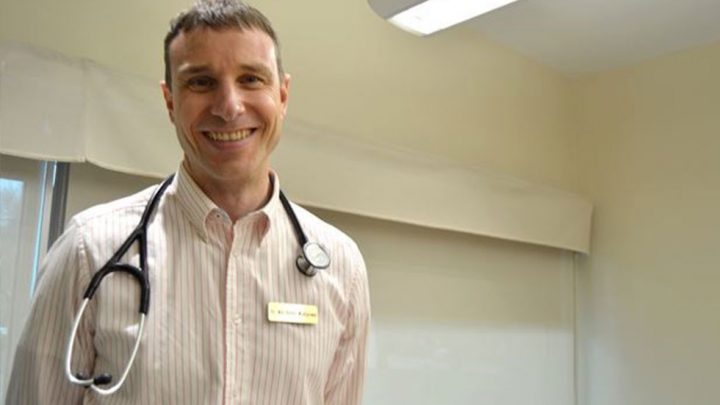 On the front page of The Hamilton Spectator’s Saturday (27 Oct.) paper sat a headline concerning the potential closure of a local hospital. “Removing surgery will effectively close Grimsby hospital says leader,” it read.

The “leader” the story is referring to is Dr. Matthew Noble Wohlgemut, a 1998 Arts & Science graduate. Dr. Noble Wohlgemut, the interim medical director at West Lincoln Memorial Hospital, is fighting on behalf of his hospital, which is set to have its surgeries relocated to Hamilton for more than two years during renovations. The controversial decision to move the surgery units, made by Hamilton Health Sciences early last week, will likely have catastrophic effects on the longterm viability of the hospital.

“This proposal is effectively a closure of West Lincoln Memorial Hospital,” Dr. Noble Wohlgemut wrote in his plea for reconsideration of the decision. “Once these services and programs disappear, it will not be a matter of just pulling them out of the closet and getting them going again. If doctors and midwives are off that program for 27 months, they will either stop delivering or they will move to another community where they can practise their full scope of care.”

[UPDATE] In The Spec’s latest update on the still-unfolding story, they’re reporting that progress has been made in the fight against the relocation. HHS has been meeting with medical staff from the Grimsby hospital since last week to explore ways of keeping obstetrics and operating rooms running throughout the planned $8.6 million renovation.

[UPDATE 2] The Hamilton Spectator is now reporting that the obstetric and surgical units will remain at West Lincoln Memorial Hospital.  Read more here.