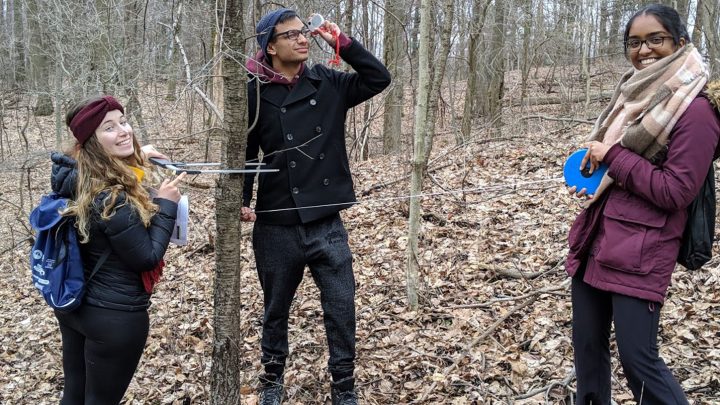 From poplar and tamarack to white birch and cedar, a handful of tree species that grow in Ontario’s boreal forest produce wood types that have an underdeveloped commercial market. As a result, many forest management companies elect not to harvest these trees, despite the important role harvesting plays in suppressing wildfires, maintaining habitats, and preventing other damage or disruptions to the province’s woodlands.

This ecological and economic imbalance has created a crossroads for the forestry industry — a necessity to harvest without a commercial reason for doing so.

Glen Prevost is a professional engineer and an advisor in forest bioeconomy and wood manufacturing with FPInnovations, a not-for-profit company that supports Canada’s forestry sector.

He’s been working with clients who have been wrestling with this conundrum for years – and after being approached by a First Nations forest management company looking to correct the imbalance, he was tasked with doing something about it.

Knowing he’d have to think outside the box to come up with viable, ethical, creative, and lucrative ways to use the wood harvested from these types of trees, he turned to the one place that he knew specialized in thinking differently — McMaster University’s Arts & Science Program.

Prevost, who graduated from McMaster’s Engineering and Society program in 2010 and returned to the university a year later to complete a Master of Applied Science, says he first became aware of “the Artsci way of thinking” during his undergrad. 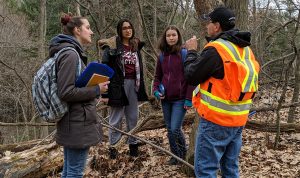 “I’ve been aware of the quality of students that Artsci produces for a long time,” he says. “Not only did my program and the Arts & Science Program share a close relationship, but I have a close friend who is an Artsci grad, I participated in a workshop held by the Program about 10 years ago, and a few of my profs — Brian Baetz and Cam Churchill — always spoke very highly of it.”

So, after cold-calling the program’s director, Dr. Jean Wilson, and explaining his situation, Prevost was given the floor to speak with students interested in learning more about the dilemma. He made the long drive down from his North Bay residence on a cold January Monday evening to meet with curious students in the Artsci space in L.R. Wilson Hall, where he explained the scope of his ask — for help in fleshing out a series of novel uses for underutilized Ontario wood. Each idea would have to be mindful of the material properties of each species, be easily commercialized, and involve a manufacturing process that could employ at least eight people.

From the meeting, Prevost recruited a dozen Arts & Science students for the project, half of whom took the research on for a one-unit credit while the other six joined purely out of passion and curiosity, opting to do it as an extracurricular activity.

“I enjoyed being in a space that took on a challenge and allowed me to explore that challenge through an interdisciplinary lens,” says Shanmugam. “The experience allowed me to think critically about the importance of trees to our planet, including their roles in animal habitat, ecosystems, human innovation and production, and economic development. It opened my eyes to what interdisciplinary collaboration could look like in industry settings.”

“Working on this project has been really informative and eye-opening,” adds Huang. “I’ve learned so much about the forestry industry as well as the role that forestry companies play in maintaining the health of our forests.”

“The environmentalist in me always believed that cutting down trees was bad, but, in reality, smart methods of forestry and tree-selection can help promote forest growth and create a stronger ecosystem and environment,” echoes Mecklai. “Every part of this project showed me a new side of the complex and interdisciplinary relationship between the environment and the economy, and how the two can work together instead of always being at odds.”

Altogether, the student researchers combined for more than 80 potential uses for the underutilized wood types over the course of their three-month research project.

“The students did a very good job, especially given their limited exposure to manufacturing processes,” Prevost notes. 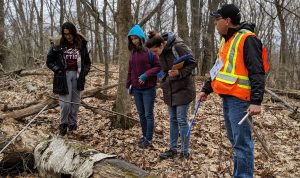 The research culminated in a group walkabout in the Dundas Valley Conservation Area. Prevost led project participants through a heavily wooded area and explained “stand analysis” and the harvesting process. He demonstrated which trees would be considered for harvest — healthy trees are left alone, as are seed-producers and cavity trees, which, respectively, provide food and shelter for wildlife — and taught them how to use forest measurement and inventory tools as well as other relevant technology.

“I wanted to show them how much work it is to collect the data required for harvesting,” he says. “Dundas Valley is an area with a relatively high-quality forest, so it allowed me to show them what trees were there, the different attributes of different trees, and what types of things are factored into harvesting decisions. I wanted them to see that there’s a lot of thought and science that goes into determining which trees are being cut.”

At this point, Prevost and his colleagues at FPInnovations are conducting market and technological research on the top suggestions developed by the Artsci students. If they pass various feasibility tests, the ideas will be presented to the First Nations company that initiated this process, and, if any concepts are greenlit by them, the company will then have the option to work with the students that developed them.

Prevost says that, considering the whole thing was a bit of a “guinea pig” experiment, things couldn’t have gone better. He says that the students were extremely enthusiastic about working on a real-world problem and that his company was equally as enthusiastic about receiving such high-quality research conducted by such bright thinkers.

“Seeing how much the students enjoyed this work, I would love to do something like it again,” he says. “It could be a new problem altogether next time, or further development on this same issue, but it was lots of fun and there are a ton of benefits to working with students — I look forward to what comes next.”