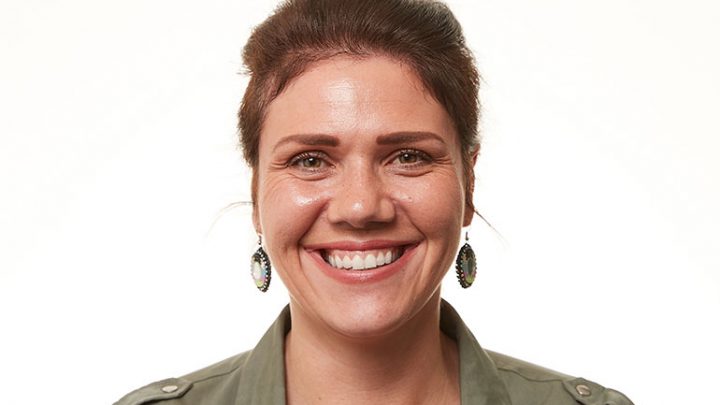 McMaster University’s Arts & Science Program has a long history of integrating Indigenous-informed theory into its curriculum. What started with courses exploring aboriginality and diversity within Canada almost 15 years ago has since evolved into a partnership with the university’s Indigenous Studies Program.

Together, the two programs offer a compulsory, cross-listed course for their respective first-year students. This year’s course, Contemporary Indigenous Studies, explores the modern relationship between Indigenous peoples and mainstream society.

In the course, offered in the winter term, Dr. Vanessa Watts will take students through a series of important topics ranging from governmental policy and land claims to economic development and self-determination. She says that the course material is unique in that it can serve students of all disciplines — that there’s something there for everybody.

“I think that, just as a part of university citizenship, all students can benefit greatly from taking courses like this,” Watts says. “Indigenous ways of knowing can permeate into all aspects of life, whether it’s health, cosmology, astrology, science, or sociology. Indigenous Studies is not a siloed idea — there’s an amazing diversity of learning opportunities for all students at McMaster, regardless of what they’re studying.”

That’s why the course is such a natural fit for the Arts & Science Program. With graduates who go on to work in policymaking, law, medicine, urban planning, and a long list of other fields, current students of the Program are able to glean a multitude of Indigenous-informed philosophies that Watts hopes will guide them through their academic and professional careers.

“It is my hope that a spark is born in this class that stays with them wherever they end up,” she says.

Although Watts has spent the past few years on the Arts & Science Program’s periphery, having mentored some of its USRA recipients and thesis students, this will be her first time teaching Artsci students in a classroom setting — something she’s really excited about.

“I think it’s going to be a great opportunity,” she says. “In my experience working with Artsci students so far, they have been very engaged and committed to thinking about Indigenous issues and reconciliation within Canada. There seems to be a lot of excitement coming from students within the Program about taking on the sorts of issues, tensions, ideas, and theories that we’ll discuss in the class.”

Mohawk and Anishinaabe, Watts has ancestral ties to the content that she so passionately teaches. In fact, her father was very involved with Indigenous politics when she was a child, and she says that conversations with him really helped shape her interests, worldviews, and career pursuits. That’s why when she’s not teaching Indigenous Studies courses, she’s conducting Indigenous-inspired research.

In 2018, she was awarded a SSHRC Insight Development Grant for her Indigenist study into Indigenous sociology. She is also a Research Fellow at the Yellowhead Institute at Ryerson University, which privileges First Nation philosophy and is focused on policies related to land and governance.

Through her research, Watts says she is hoping to help change the current discourse surrounding the study of Indigenous people.

Since her research informs her teaching, Watts is hopeful that she can impart some of that perspective upon today’s students, helping them to become catalysts for meaningful change both within the field of Indigenous studies and also in reconciliation efforts within Canada.

“This class, and the Indigenous Studies Program in general, gives Indigenous and non-Indigenous students the chance to discuss the tensions and opportunities that exist around reconciliation,” she explains. “It’s a fraught discourse — it won’t be easily solved, and it’s not easily understood — but, like I said, I hope that a spark or a commitment is born here in this class that helps students personally reflect on their relationship with Indigenous people.”