Home is a place that does not exist

“Part of the confusion, once the desire to go back got off the chart, arose from the suspicion that this was simply, at least in part, the first shock of maturity: a realization that home, where you grew up and belonged — belonged with and without your own volition—no longer exists. The desire to return to it, the moment you know it no longer exists.”  —S. Merwin 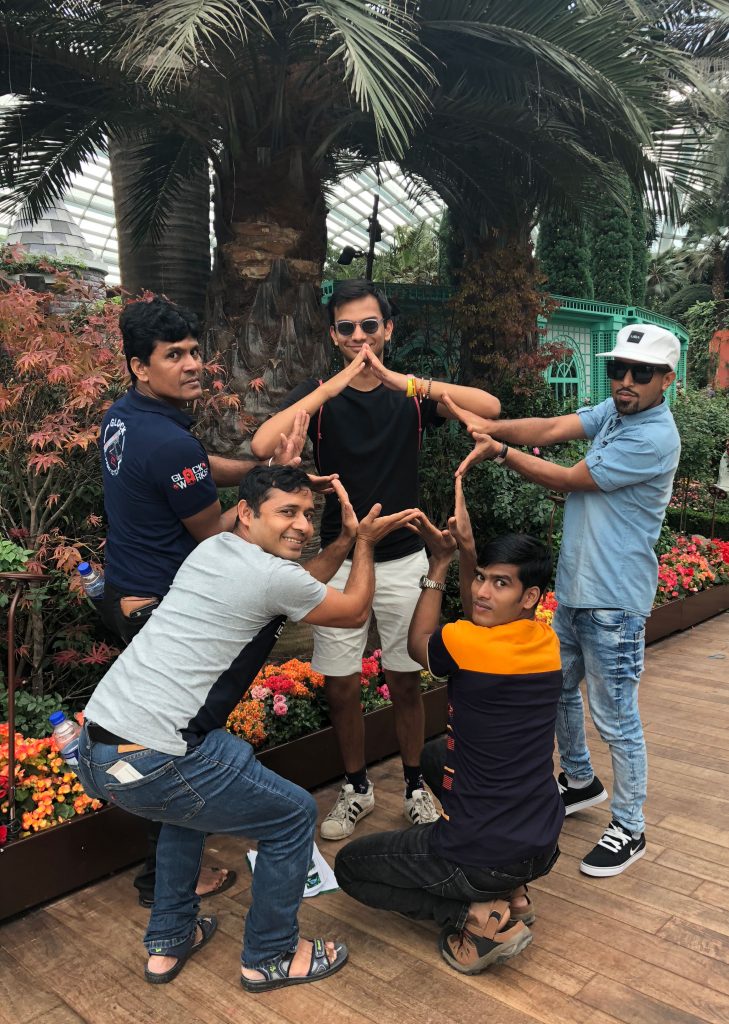 For me, home has always meant to change. I remember my very first days at McMaster when we had a meeting with Dr. Warner and his question to the incoming Artsci class was “Where is home?” Being one of the first people to have to answer, I simply said: “I was born in the GTA but moved to Vancouver a few years ago.” As more and more people answered, providing much more philosophical and Artsciesque answers, I began to ponder what home truly was for me because I genuinely did not know. If home, to Merwin, is where one belongs with or without volition, then perhaps, anywhere can become home. Perhaps we, as humans, are able to make ourselves belong anywhere. There will always be friends to make, lessons to learn, and a bed to rest our weary bones and mind no matter where we go, but I have learned that this is conditional on two things: if we will it to be so, but furthermore, if the place we are in, in turn, allows us to do so. For that, Canada, Singapore, and Uruguay have all felt like home at some point in my life because they allowed me to call them home, and because I put in the effort to do so. All are extremely difficult to leave because I am leaving a place where I feel like I did belong. For that, I have come to embrace the ambiguity that is my future, an important skill for any Artsci, and know that no matter where I go, or what I do, I will be at home, and if I’m not… then I’ll make it so.

A place doesn’t become a home immediately. In fact, I found a sense of belonging faster in Singapore than Montevideo even though the values of Uruguay coincide much more with my own personal ones than those of Singaporean society. This summer, I worked as a casework and legal intern with the Humanitarian Organization for Migration Economics helping migrant workers win salary, abuse, and exploitation claims and cases against their employers. The bulk of my day-to-day activities involved dealing with the bureaucracy of the Ministry of Manpower (It is actually called that! I felt like I was in 1984) or the courts. In the most efficient country in the world, bureaucracy is used as a weapon in these institutions to deter migrant workers from pursuing claims against their employers. I worked at the non-domestic helpdesk which means that my clients were those who work outside of a household; typically, men from Bangladesh, China, or India who work in construction. On the other hand, the domestic helpdesk mainly helped women from Indonesia and the Philippines who work inside a household, and whose main challenges involve sexual abuse and coercion, unlawful house arrest, and salary withholdment. Classified as modern-day slaves, these workers are treated as sub-humans in Singapore without sufficient pay, shelter, or rights. Nonetheless, migrant workers still flock to Singapore for the chance to earn money to send back as remittances to their families back home. Over one-sixth of people currently on the island are migrant workers, but I highly doubt any would call it home, as much as they would like to. Singapore prides itself on its exclusivity. As a holder of a Canadian passport, I immediately had more rights than any migrant worker and as such had the ability to make Singapore my home. In other words, Kant would be very sad. It was heartbreaking to work in a society that accepted me but not the people I was there to serve.

Singapore’s urban planning division is more perfectionist than any Artsci: every blade of grass is the perfect length, every tree is evenly spaced from the next, every train and bus is always on time. It seems like there is nothing wrong with the place, and that was the most unnerving part of it all. So in terms of human rights, when the government is faced with tens of thousands of migrant workers’ claims, rather than addressing them properly, they are hidden and buried for the sake of efficiency, capital, and perfection. My job not only helped migrant workers with their claims, but in doing so, also exposed wrongs that the government tried to hide and deny. As such, by actively working against their very foundation — the hundreds of thousands of workers who build the skyscrapers, transit systems, and parks that Singaporeans take advantage of every day — the Singaporean government has created an unharmonious society. 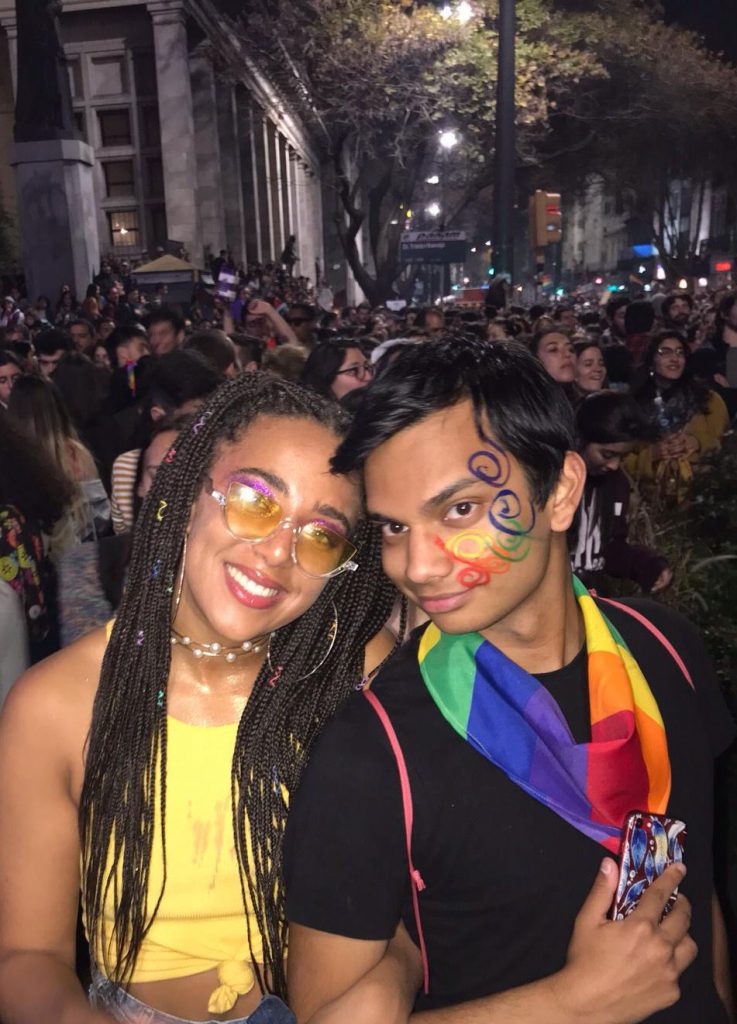 Another issue is with LGBTQ+ rights. Singapore’s pride parade, called PinkDot, is a fenced-off gathering in a park downtown that may only be attended by Singaporean citizens and permanent residents. Furthermore, foreign firms are not even allowed to fund the event. As such, I was only allowed to walk around the outskirts with all the other non-Singaporean supporters. Pride and LGBTQ+ rights are not recognized in Singapore. On the other hand, just last month, I attended Montevideo pride, Marcha por la Diversidad. The entire city packed the main boulevard, the streetlights had colored light bulbs, and the Canadian embassy, in the city’s main plaza, had a giant pride flag flying alongside our own. It was the most colourful night I’d ever experienced. This is a place that wants everyone and anyone to call it home.

With the economic, political, and social crises happening in many other Latin American nations, Uruguay has become a safe haven of stability for many people. Hospitality has long been adopted into the culture and it shines through the smiles of the people, their never-ending attempts to feed the skinny Canadian, and the number of cultural celebrations happening every weekend. Uruguay’s own “Country Brand” states that Uruguay is “a country that in a human scale of integration and freedom has built a culture of respect and tolerance with a great sense of equality injustice. It takes care of its people, providing as much as possible for their development. Uruguay is an open and accessible country based on respect and cooperation that tends to balance dedication and hard work with leisure and is underpinned by two core attributes: a particular and unique spirit and harmony in its broadest and deepest sense.”

Despite not having the preciseness, population, punctuality, or even the industrious work-ethic of Singapore (everyone here siestas every single afternoon), Uruguay has prided itself on its ability to respect and welcome all. The people have a sense of harmony and balance between themselves that was lacking in Singapore in spite of its cultural diversity. My life these past few months truly has been a tale of two cities. Singapore is chaotic yet ordered, linear, and the people have the highest spice tolerance of anywhere I’ve ever been. In Montevideo, the mood is always relaxed, laissez-faire, and someone was once disgusted when I put hot sauce on my burger.  Moving from a place which literally has the ability to dictate the race of your neighbour to a city where the banks are only open from 1-5 pm was utterly shocking. Uruguay and Singapore have social and cultural values on opposite extremities of the spectrum while Canada exists somewhere in the middle.

Changing a place to a home is a privilege and a choice, not a right. As young Canadians, we are fortunate to be able to visit most of the world without restriction and, if we are up to it, find some sense of belonging. If Dr. Warner asked me again “Where is home?”, my answer would be wherever I make it so that allows me. My home is dynamic, unconfined, and based on myself and my values rather than an actual physical space. Whether in a hyper-optimized, meticulously planned, megacity, or a carefree and gentle nation, we have to be willing to be courageous enough to leave everything we’ve ever known behind and set up social systems, make friends, learn languages, and put our “Canadianness” in the backseat in order to embrace a new culture and society. I was allowed and encouraged to do these things in Singapore and Uruguay and have absolutely no idea where the next place to become a home will be… but that’s the way I like it.

Up to 25 percent of Arts & Science students spend their third year studying abroad, allowing them to learn new languages, gain exposure to new cultures and perspectives, and take unique course offerings offered only at certain institutions.

A course that prompts critical reflection on studying abroad and challenges students to integrate their experiential learning into their everyday lives.