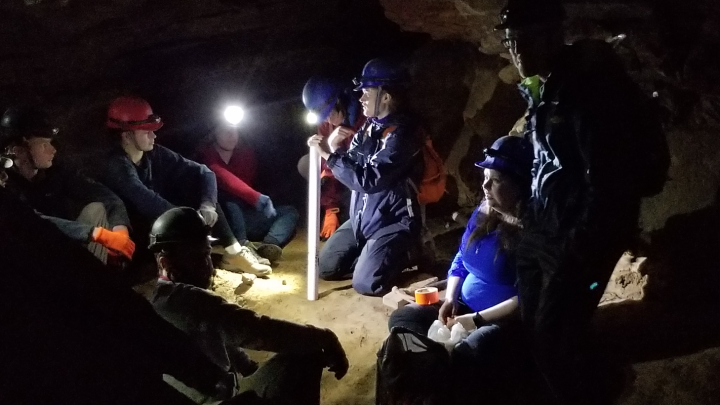 McMaster University’s Arts & Science Program and School of Interdisciplinary Science (SIS) enjoy teaming up to offer students a series of “Interdisciplinary Experiences” courses. These courses guide students through experiential and self-directed learning opportunities that range from local excursions to international explorations. In the past few months alone, students have embarked on two marquee modules — “A Celebration of Winter as Place” and “Kentucky Caving.” Both trips were rewarding, one-unit educational getaways that connected students with the natural environment.

A Celebration of Winter as Place 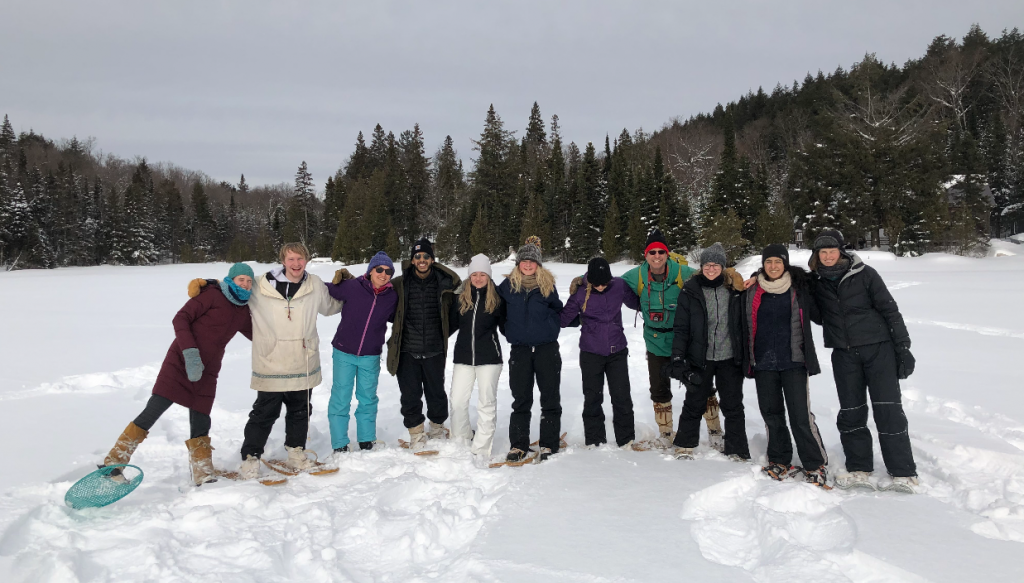 Rather than avoid the February cold over this semester’s Reading Break, Arts & Science and SIS students learned to live well in the Canadian winter as part of the Interdisciplinary Experiences module “A Celebration of Winter as Place.” Artsci students Isabel Taylor, Lydia Mills, Emily Cowley, Pat McArthur, Alana Park, Katerina Simantirakis, and Maanvi Dhillon, along with three of their LifeSci and iSci peers, were guided by instructor Zachary de Jong, an Artsci grad, and former Artsci professor Dr. Bob Henderson, the latter of whom shared both his cottage and his immense passion for and knowledge of winter and the outdoors.

In the beautiful, frozen landscape of Algonquin Park, the group of happy winter-goers enjoyed perfect weather. Participants snowshoed, hiked in moccasins, skied Algonquin’s trails, drew water from a lake through an ice hole, and tested sleeping outside in quinzees. Most importantly, they shared and studied a range of stories from Inuit mythology to tales involving the mystery of early-20th century artist Tom Thomson, all of which help to make up the fabric of diverse relationships with the north and with winter in this land. Storytelling, an essential part of weaving this fabric, also brings groups together, as it did on this trip, and builds communities that stand through any weather.

All participants came away with an understanding of the Norwegian word friluftsliv, or “open-air living,” and a newfound appreciation for the place winter holds in our personal and national perspectives.

“Winter as Place” continues to be a highly engaging experiential learning module, and students are already eagerly awaiting next year’s installment! 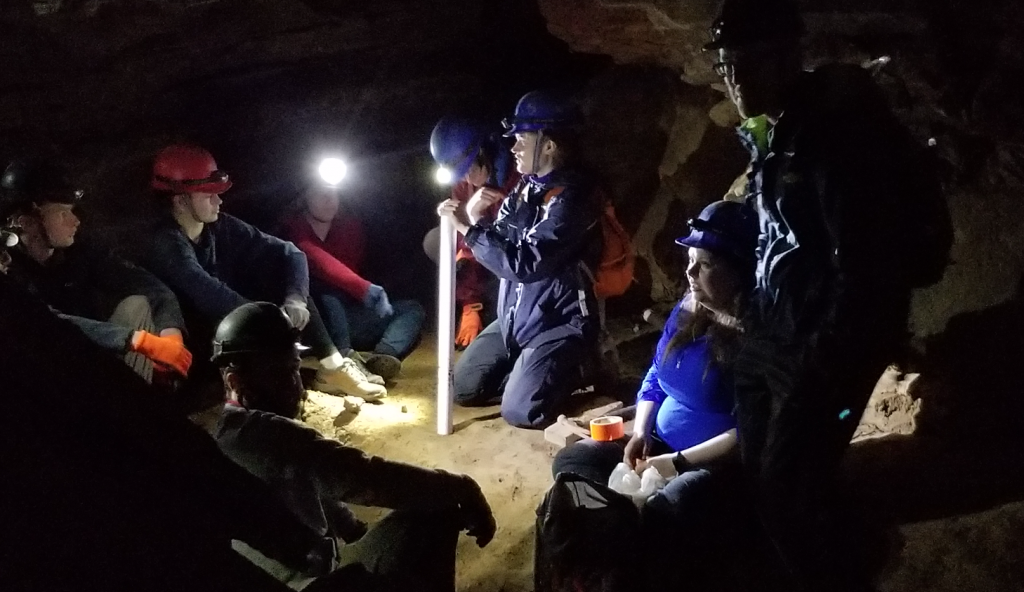 Artsci and SIS students also recently took part in a four-day excursion to Cave City, Kentucky, where they explored karstic geomorphology, performed underground biological inventories, discussed the rich local caving history, and considered the environmental issues caused by mismanagement of these natural features. Travelling from Hamilton to Cave City, the group, led by Dr. Chad Harvey and Dr. John Maclachlan, made the 10-hour drive down the I-75, stopping at interesting places along the way — not tourist attractions or culturally important stops, but some lesser known spots that allow students to really appreciate the journey. As such, the experiential learning begins from the moment the group leaves.

Upon arriving in Kentucky, the group settled in at what Maclachlan calls “the fabulous” Red Roof Inn, feasted at a local Mexican restaurant, and laid out plans for the trip. At the entrance of Sand Cave, students gained perspective on the rich caving history in the region by delving into the story of Floyd Collins, who died in the cave sitting just below them. The story transcends local folklore — newspaper coverage of rescue attempts won a Pulitzer Prize, and it was one of the first live events to be covered by radio broadcast. A visit to Collins’ gravesite allowed the group to pay respects to the famous cave explorer.

Next on the itinerary was a guided tour of Diamond Caverns, a picturesque cave site that gave students their first opportunity to understand what a cave should look like. These caverns are an easy introduction to caving — there are trails, it’s safe, and it’s beautiful.

Later that afternoon, the group proceeded to the much more intense Mammoth Cave, which is part of the longest cave system in the world. While typical tours at this location are designed for very large tourist groups, Ranger Rick Olson arranged for McMaster students to take their tour after the park was closed. This let them spend more than three hours underground, soaking in the cultural history, checking in on unexplored archeological sites, and inquiring about saltpeter mining that took place during the Civil War. In all, the group traversed several kilometres of underground passages that ranged in size from “Fat Man’s Misery,” a very small, narrow tunnel, to caves as large as airplane hangars.

The next day, at Hidden River Cave, the group was joined by Level IV Artsci student Hannah Skelding, who demonstrated how to take actual sediment core in cave conditions. Skelding, currently working on a related research project, was able to go through the process, explain why it matters, and help prepare students to return to Mammoth Cave to put their newfound skills to use. Taking sediment core in Mammoth Cave might not sound like anything special, but it’s a National Park and to conduct experiments like this would usually require endless permissions and logistical rigmarole. Having an established relationship with the park rangers has its perks!

Students who partook in the four-day adventure will reconvene in April to reminisce about their Kentucky experience over Kentucky Fried Chicken.

—
With files from Zach de Jong and John Maclachlan