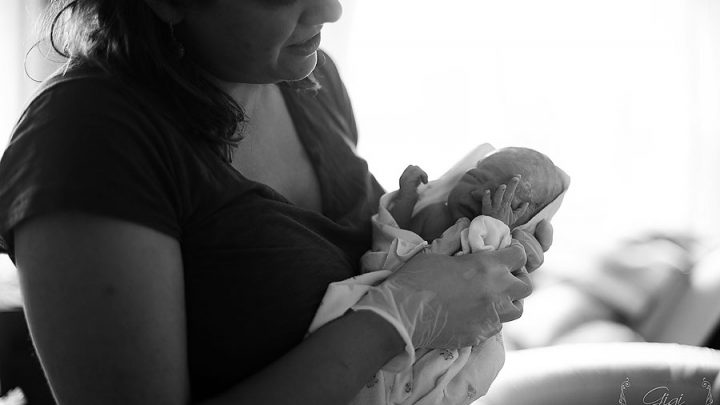 If you’ve ever seen an episode of Call the Midwife, then you probably have an inkling of what it is that midwives do. But the dramatized, historical fiction doesn’t nearly tell the whole story. Modern day midwives are healthcare professionals who provide primary care to expecting families and babies during pregnancy, labour, birth, and throughout the postpartum period. They’re often on call 24 hours per day, and their practice is grounded in research, evidence-based guidelines, and clinical experience.

While midwifery has existed since ancient times, it was only officially regulated in Canada during the 1990s. Since then, the profession has developed exponentially — more than 10 percent of childbirths in Canada are supported by midwives, according to the Canadian Association of Midwives (CAM). Today, there are around 2,000 practicing midwives in the country, and among them is a pack of graduates from McMaster University’s Arts & Science Program.

But how is it that a small, interdisciplinary program with courses ranging from Physics to Literature has quietly served as a launchpad for future midwives? Cindy Soulliere, a midwife with Countryside Midwifery Services in Milverton, Ontario, believes that the program and the practice are more alike than some might think.

“There is both an art and a science to midwifery,” explains the 2002 Arts & Science Program grad. “There is so much more to clinical care than just providing medical information. It’s about knowing people on a deeper level, communicating with them, and knowing how to integrate your practice into the larger model of healthcare.”

Other Arts & Science graduates who have gone on to become midwives say that the unpredictable, sometimes hectic nature of the job can be very appealing to people who have diverse interests and different skill sets, as many Artscis do.

Lyanne Quirt, a midwife with Arbutus Midwives in BC and a 2005 Artsci grad, says the job doesn’t really have “typical” workdays, and that each midwife’s experience will differ depending on how and where they practice. She notes that most midwives will spend some days in the clinic seeing pregnant patients, new parents, and young babies, and some days on call, attending labours and births, doing home visits, and assessing folks experiencing emergency situations.

“On call days are really unpredictable,” she says. “Some days I’m home with my family living my life, some days I’m running all over town seeing clients, and some days I’m at the hospital or at a home birth for as long as it takes to get the baby out.”

“The job changes all the time,” adds Diane Meronyk, another Artsci grad, who practices with Womancare Midwives in London, Ontario. “Every single person is different. Sometimes I’m a personal trainer, sometimes I’m a nutritionist, sometimes I’m a social worker, a counsellor, a friend, or a healthcare provider. My tasks change every day.”

On top of that, the field itself offers its practitioners the ability to apply their knowledge and skills in a series of different endeavours.

“Midwifery gives people the opportunity to do a lot of things beyond the immediate profession,” explains Liz Darling, a 1994 Arts & Science graduate. “For me, that has meant involvement with professional associations, taking on committee work, working in education, and conducting research.”

In fact, as Assistant Dean of McMaster’s Midwifery Program, Darling says that a large part of her job these days revolves around research. She believes her time in the Arts & Science Program prepared her for well the work she’s doing all these years later, noting that the Program taught her how to ask good questions, how to read and synthesize existing research, and how to articulate new findings through strong written communication.

Since becoming a midwife in the late 90s, Darling has routinely returned to the Arts & Science Program to illuminate the trail she helped blaze. Through the Program’s Alumni Experience Inquiry course, in which current students explore the practical applications of an interdisciplinary degree through interaction with graduates of the Program, she has connected with a long list of Artscis who have gone on to pursue careers in the field.

Soulliere actually recalls meeting Darling at an info session almost 20 years ago — a lifechanging encounter that helped steer her toward the career she has today. Years later, she herself served as a mentor for the Program’s Alumni Experience Inquiry course, paying forward the experience she had to today’s students. As a mentor, she has taken students into the field with her for job shadow opportunities, had in-depth conversations with them about life as a midwife, and even had them stay at her house so they could experience the on-call lifestyle.

One student who benefitted from Soulliere’s mentorship was Lauren Tignanelli, a 2016 Artsci grad who is now in her final semester of McMaster’s Midwifery Program.

“Cindy talked to me about midwifery, the different programs that are available, and was very honest with me about the career and how it works,” she recalls. “I was instantly drawn to it.” 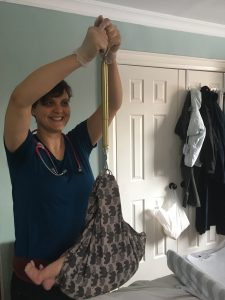 Artscis-turned-midwives will tell you that they do what they do not only because it satisfies their interests or maximizes their skill sets, but because the work itself is so fulfilling.

“Being a midwife is very rewarding,” explains Madeleine Springate-Combs, a 2012 Arts & Science grad now practicing with the Midwifery Group of Ottawa. “As a midwife, I form strong relationships of trust with my clients and their families. It is honoring these relationships that makes the wonky hours worth it.”

Soulliere agrees. Working primarily with the Old Order Amish and Mennonite community in her area, she has clients who have had up to nine babies with her as their midwife, so she’s forged decades-long relationships with some people.

But while the relationships are lasting and the act of bringing life into the world is humbling, Meronyk cautions that it’s not always happy work.

“While the majority of time, you’re experiencing really happy moments with families, there are times when it can be really sad,” says the 2006 Artsci grad. “But we get to help people though those times, which brings a different value to our profession. While an obstetrician might help a family through a loss in the moment, they may not see that person again until several weeks after the delivery. Midwives, however, will visit the family the next day, check in with them from time to time, and offer to be involved in future pregnancies from the very beginning.”

“Sometimes, the hardest parts of the job — walking families through loss — can actually be the most rewarding,” adds Quirt. “It’s very meaningful to me to be able to provide a consistent presence for families during their time of grief.”

Managing the highs and lows, the busy times and lulls, and the many hats worn by a midwife is certainly “not for everyone,” as Quirt puts it. But for people who enjoy a fast pace and have a diversity of professional skills and interests — as most Artsci students do — then it just might be a path to ponder.

“I think people who are drawn to midwifery are people who are interested in making a difference,” says Darling. “That’s why I believe the culture and skills that the Arts & Science Program fosters is really valuable to midwives.”