Meet the Artsci Grads Who Are Shaping Environmental Policy 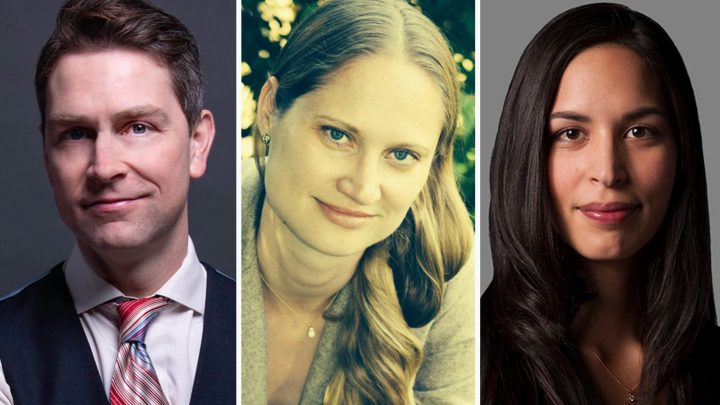 William Amos is a nationally recognized expert in environmental law and natural resources, with 15 years’ experience in law, public policy and government.

Before he was elected MP, Amos appeared before the Supreme Court of Canada three times to argue important environmental cases, including an intervention that upheld the rights of Canadians to launch class action lawsuits against environmental nuisance cases.

Amos has also served as regional director of a national charitable organization that offers free legal advice on environmental matters. He also taught at the University of Ottawa, and co-wrote several books on environmental law.

“Environmental policy is the way decisions are made in relation to the protection of our environment and how human behaviour is regulated to minimize those impacts,” Amos explains.

“When you consider the magnitude of that, it becomes a really rewarding line of work because you’re participating in discussions that will have long-term impacts on society and the world.”

Amos, who has an MA in political science from the University of British Columbia and a double degree in civil law and common law from McGill, says his undergraduate experience really established his trajectory into public policy.

“I know I wouldn’t be where I am today without the Arts & Science Program,” he says. “The type of education that we were given as Artscis really enabled broad thinking and conversations about the scientific and complex nature of policy dimensions.”

“You simply can’t go an inch deep and a mile wide in this line of work,” he says. “You’re forced to learn breadth and depth of many different disciplines, so Artscis have a unique advantage here.”

Jennifer Kalnins’ average workday can entail anything from suing companies for environmental violations to challenging the federal government on environmental funding rollbacks.

“I represent and defend a lot of California agencies that have environmental jurisdiction or responsibility,” she says. “It’s challenging work, but I love it.”

And if it weren’t for her Artsci experience, she might never have done it.

“Coming into my undergrad, I really thought I’d end up in med school,” she says. “I always liked science and I was combining in biology, but, as I progressed through the Arts & Science Program, I really started thinking about things differently.”

The program stirred a desire within her to make a positive impact on the world and trained her to think critically, she says, until she couldn’t resist the pull of law school.

So after her Artsci degree, she studied law at the University of Toronto, specializing in the school’s Environmental Studies Collaborative Program. From there, she joined an international law firm in Manhattan, where she worked her way up to partner and transferred her practice to the firm’s California offices. Eventually, she took on her current role in the state government.

“I think it’s hugely important that aspiring lawyers continue to specialize in environmental law,” Kalnins says. “Climate change is the issue of our time. In my opinion, we’re in a critical 10-year period, and the damage we’re doing today cannot be undone. Environmental law is a great way to mitigate that and to create positive change.”

Like Kalnins, Julia Croome also went to law school at the University of Toronto after graduating from McMaster’s Arts & Science Program.

“I think my belief of how we ought to live in the world always aligned with someday pursuing a career that fought to protect the world,” says Croome, who is also an adjunct law professor at the U of T.

“That course really got me thinking about environmental protection,” says Croome, who did her final paper on protecting turtle species in Cootes Paradise.

Croome got her start as a lawyer doing pro bono work with Lake Ontario Waterkeeper, a Swim Drink Fish charity working to protect Lake Ontario and the Great Lakes.

Croome also did a lot of land-use planning, which she says has “a lot of synergy with environmental law.”

After a few years, she jumped at a chance to work at Ecojustice, a Canadian non-profit organization that provides funding to lawyers to defend and protect the environment.

Three years into her job with Ecojustice, Croome says one of her most memorable cases, which went all the way to federal court, was a judicial review of neonicotinoids, which are chemical insecticides found in tissues of treated plants. Croome was arguing that “neonics” affected important pollinators like bees.

“It was interesting, challenging, important, and it involved a very technical, factual approach,” she says. “It was also interesting to be a part of it because it was a true David versus Goliath case. Moderately junior lawyers like myself were litigating against big law firms with senior partners. It was me on one side, and 10 or 11 seasoned lawyers on the other. It was a very contentious process, but knowing I was working to make the government think about the way that they were handling pesticides felt really good. It was rewarding and challenging on a whole bunch of fronts.”