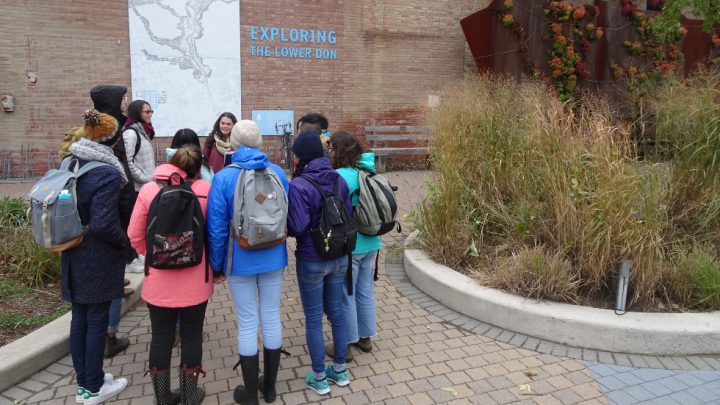 In line with McMaster University’s mandate to increase experiential learning, self-directed education, and interdisciplinarity in undergraduate studies, the Arts & Science and Integrated Science programs teamed up to offer students a range of interdisciplinary experience courses, which take students outside the typical classroom setting.

One such course is Urban Placemaking. Taught by Jackie Brown and Rosalind Pfaff, two Arts & Science graduates, this one-unit learning module explores the collaborative process of animating public and private spaces to strengthen the social and cultural fabric of cities.

“The Urban Placemaking Module focuses on the growing movement to build people-centered cities,” says Brown. “Using historical and contemporary case studies from around the world, we encourage students to think critically about how space is shaped, preserved, and governed.”

While exploring Toronto and Hamilton, students partook in neighbourhood walking tours and a series of interactive activities that allowed them the opportunity to apply previously-learned course concepts to new, real-life contexts.

“Each site that we visit serves as a springboard to explore a broader urban issue,” Pfaff explains. “This year, for example, we went to 401 Richmond to discuss the challenges of making space for cultural activities in cities. We went to Daniels Spectrum and Regent Park to consider the politics of neighbourhood revitalization. We also went to Evergreen Brick Works to highlight grassroots efforts to reclaim the urban commons.”

“One of our primary goals is to help students understand how urban theories are reflected and applied in practice,” Brown adds. “We provide students with the opportunity to consider their own role in shaping the public realm as well as their role in fostering strong local communities.” 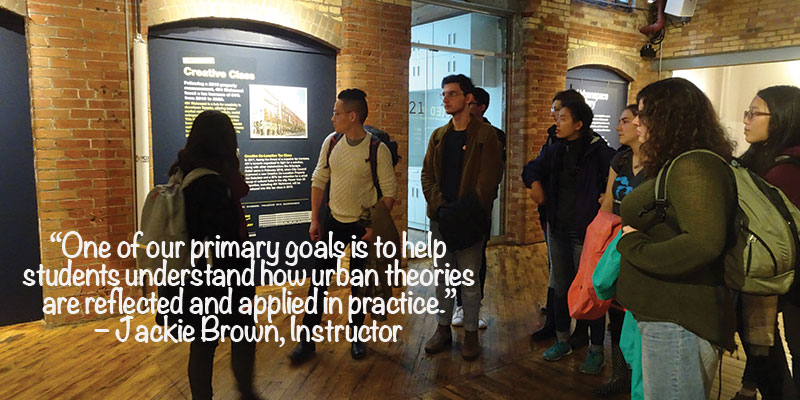 “Students really enjoy having the opportunity to observe and experience the places they are learning about firsthand,” adds Brown.

Inside the classroom, the Urban Placemaking Module targets effective placemaking initiatives taking place around the world, including the Rebuild Foundation in Chicago, Project Row Houses in Houston, and Prinzessinnengarten in Berlin.

Now in its second run after a successful 2016-17 launch, the module is garnering serious praise from students. In fact, Brown and Pfaff think that Urban Placemaking is helping rouse students to active citizen involvement.

“We have found that our module can inspire students to engage in complex issues relating to city-building, whether in further academic work or as more active citizens in their communities,” Brown says. 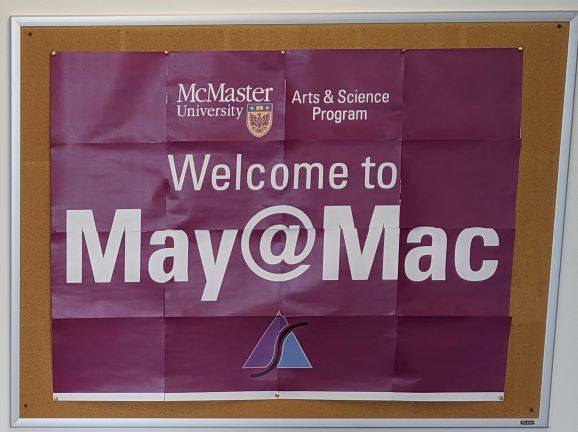