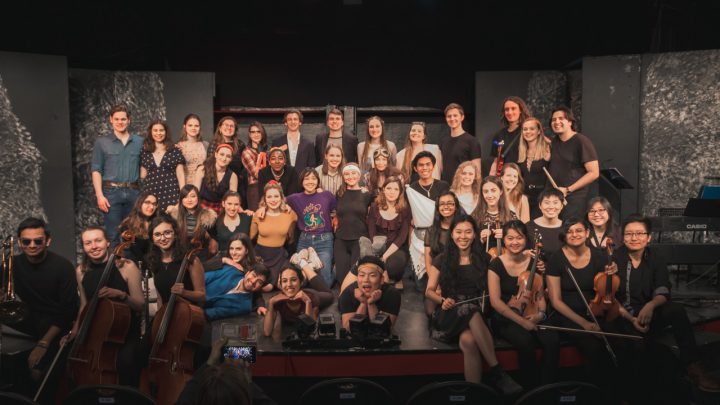 The year is 2219. Earth is recovering from a catastrophe called The Fission, during which a hoard of Sasquatch unleashed great calamity upon the planet. The last remaining humans are holed up on what remains of McMaster University’s campus. Separated into small hostile factions — Engineers, HealthScis, Commerce, Humanities, and Kinesiology students — the survivors avoid total apocalypse thanks to the timely arrival of two time-travelling Arts & Science students.

Or so went the story of the third annual Artsci Musical. Performed four times between 21-23 March at Hamilton Theatre Inc., Feel the Fusion is a story of conflict in knowledge and the importance of cooperation. Under all the hyperbole of the apocalyptic tale, the show explored the very real societal tendency to compartmentalize individuals into certain categories or groups based on what they’re interested in, what they study, or what they do professionally.

“We tend to put people in these little boxes or under certain labels,” says Melissa Paglialunga, the show’s senior producer. “This concept is emulated at a future version of McMaster where all of the Faculties have become factions and each one is aiming to reach their own success, even if it comes at the cost of others.”

The student-run production drew laughs and applause from sold-out crowds over its four-show run, as it dove into the concept of how having a willingness to learn from others and to consider different perspectives can help with overcoming everyday struggles — a mindset that forms the bedrock of the Arts & Science Program.

Paglialunga, who founded the Artsci Musical back in her first year with the Program, says she’s amazed by how much it has developed since its humble beginnings.

“I remember thinking that starting a musical for the Program probably wasn’t feasible at all,” she recalls. “I was just some random first-year student asking people from all levels of Artsci to sing and dance on stage. I wasn’t really sure if people would take me seriously.”

“The other day, I found the original PowerPoint slides that outlined our plans,” she adds. “It was so sketchy — there were so many question marks around how it would be funded, who would help, and where it would be performed. But we made it happen, and it was exciting. It’s so great to see that it’s really flourishing today, just a few years later.” 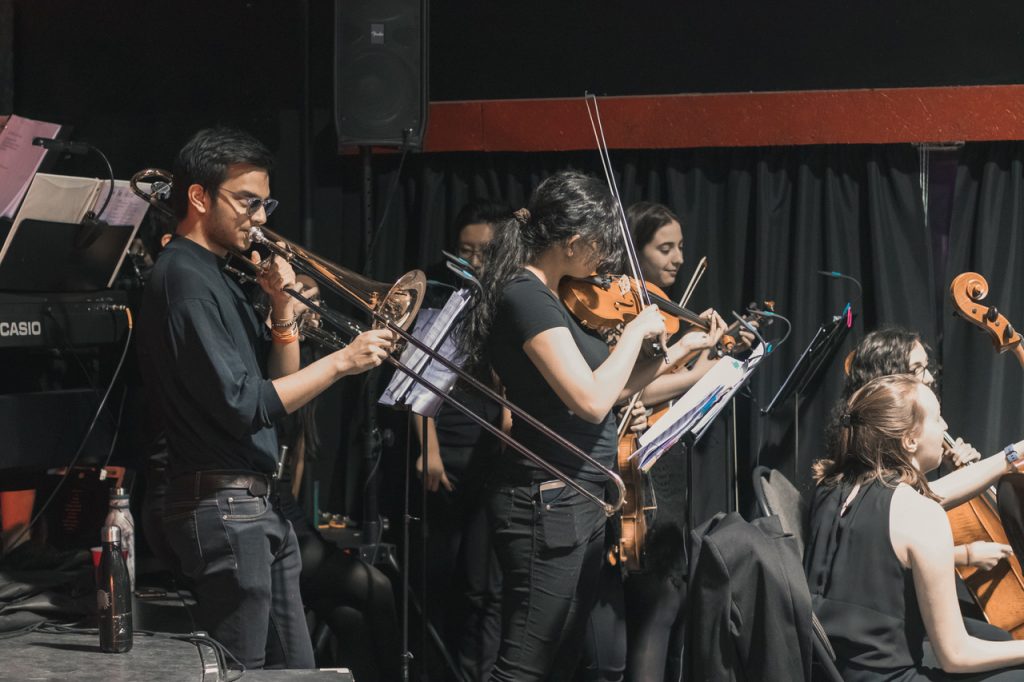 The music for this year’s show was a cocktail of parody and pastiche, as students wrote original lyrics over popular songs from famous movie soundtracks — The Hobbit’s “Misty Mountains Cold” became “Dundas Valley Peak” and The Jungle Book’s “Bare Necessities” became “Dumb Accessories,” just to name a few hits. Each song was performed by a 16-member live band, comprised entirely of current Artsci students — save for one recent grad, who played drums.

Just like the songs that inspired the show’s musical numbers, Arts & Science Program Director Dr. Jean Wilson was affectionately parodied as the antagonistic Jane Nelson, who perpetrated The Fission. Confident that Dr. Wilson would enjoy their spoof, the students invited her to make a cameo appearance as Dr. Nelson’s mirror image during the final show.

“I loved being part of the ensemble on closing night,” says Dr. Wilson. “Advising the Jane Nelson character to ‘Forgo the Fission; feel the Fusion!’ will remain one of my favourite memories of the 2018-19 academic year. The Musical’s cast, crew, band, and executive team did a fantastic job — the enthusiastic audience response to all four performances says it all.”

Having just completed her fourth and final year with the Program, Paglialunga knows that Feel the Fusion was likely her curtain call with the Artsci Musical. But she trusts that the energy and enthusiasm shown by some of the early-year students will help keep it a staple in Artsci culture for many years to come.

“It’s sad that it’s over for me, but I also get a lot of joy and comfort knowing that I did it,” she says. “I’ll miss the people most of all, but I’ve got a lot of great memories and music to get me through that. It’s comforting to know that we’ve built up a good transition plan so it doesn’t just stop when I graduate — and I can’t wait to come back every year to take in the show as part of the audience.”