Artsci Student Reps Hamilton at “Daughters of the Vote” Conference 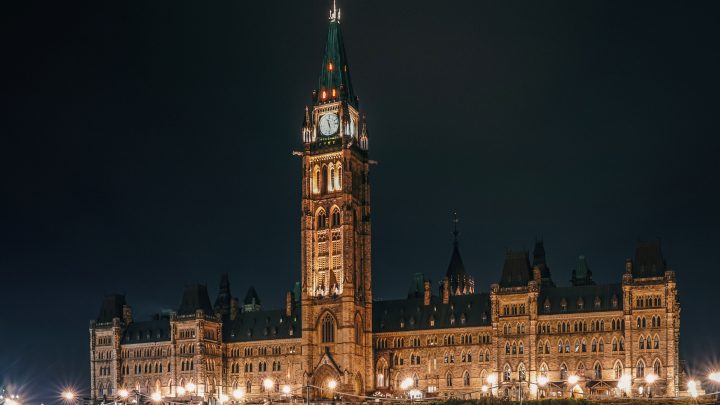 Earlier this month, 338 young women from across Canada descended on Parliament Hill to take part in “Daughters of the Vote,” a one-of-a-kind political leadership conference for women aged 18-23. Among them was second-year Arts & Science student Tory Dockree.

Dockree says the conference, which invited one politically curious female (or person who identified as such) delegate from every federal riding in Canada to take their respective MP’s seat in Parliament, gave voice to the different struggles that many young women face in Canada. Representing her childhood community of Hamilton Centre, Dockree describes the four-day conference as “a very moving experience.” Noting the likelihood that at least some of the young women in attendance would someday rise through the ranks of Canadian politics, she says that this sort of initiative paves way for a future of potential equal representation in government.

“Programs like ‘Daughters of the Vote’ are extremely important,” she says. “I’ve never before been surrounded entirely by women. It was such a positive experience — a very empowering and supportive environment — and it allowed for a lot of unique interactions that I know I otherwise would have never had.”

While she says she appreciated getting an after-hours tour of Parliament, experiencing an Indigenous drum ceremony in the House of Commons, taking in a speech from every federal party leader, hearing from several MPs, and even learning from former Prime Minister Kim Campbell, Dockree says that those aforementioned “unique interactions” were what made the conference so special for her.

“I really just enjoyed speaking with people of colour, Indigenous people, people of other minority groups, and people of different political affiliations,” she says. “It was amazing to bridge the gap between so many different perspectives and really strip away the negative elements of partisanship.”

Being in Ottawa during the height of the SNC-Lavalin controversy, Dockree says that she experienced some of the negative aspects of politics — tension, pressure, drama, media scrutiny, and scandal. However, even having seen “the ugly side” close up, she says that the overall experience has opened up a world of possibility for her.

“Professionally speaking, I didn’t really think politics was something that I would be particularly interested in,” she says. “In fact, I had determined early on in the trip that it was almost certainly not for me. But then I took my seat in the House of Commons and was overcome with the realization that maybe I could someday make a substantial difference in people’s lives. You feel a lot of pride, power, importance, and privilege when you’re in there.”

“Daughters of the Vote” was orchestrated by Equal Voice, an organization dedicated to having more women elected into all levels of political office in Canada.