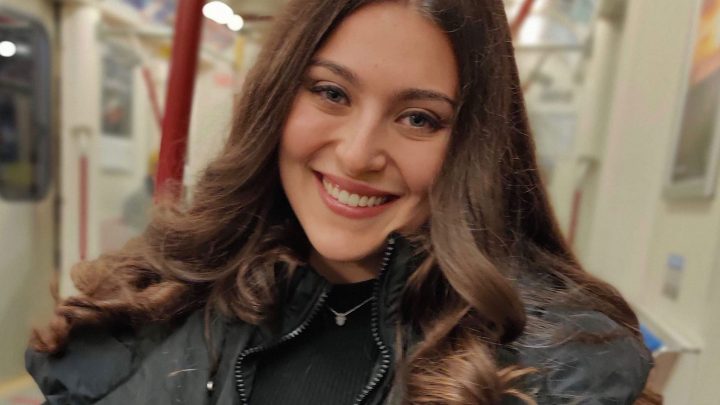 A number walks into a bar and begins speed dating… While that may read like the set-up line of a classic joke, it’s actually the premise of Jessie Cartoon’s award-winning short story.

In The One, which recently won a writing contest hosted by the Consulate General of the United Arab Emirates in Toronto in partnership with Canadian Days Magazine and the University of Waterloo’s Renison University College, the Level IV Arts & Science student uses numerical characters — Zero, Seven-Tina, Two-Hunny, and more — to explore the concept of tolerance and acceptance in modern society.

The story’s protagonist, Zero, details his experience as an outcast living amongst a set of real numbers. At the coercion of his pal Lev (named after Soviet mathematician Lev Pontryagin and the number 11), he attends a speed-dating event at a local bar, where he is swiftly rejected by a series of numbers before finally meeting “the one.”

“I’m hopeful that readers are able to learn about the mathematical properties and history of the number zero,” says Cartoon, who was awarded the contest’s $1,500 grand prize at a ceremony in Waterloo on 6 Dec. 2019. “At the same time, I hope that readers can also identify the themes of tolerance and acceptance that motivate this story.”

Cartoon says that she didn’t really think winning the contest was realistic, given that The One was not only obscure and experimental in subject matter, but also just the second work of fiction that she’d ever written.

While she’s always aspired to read and write more, Cartoon notes that the hobby didn’t really stick with her until last year. Inspired by the works studied in Dr. Jean Wilson’s Literature course, she took the plunge into the world of words and enrolled in the Arts & Science Program’s Research and Creative Writing course the following term. It was there that she began writing The One.

“I was inspired to write this piece due to my fascination with mathematical fiction,” Cartoon says. “In education, these subjects are often considered rigid, but I wanted to use this piece as an educational experience to show readers that engaging with mathematics can be fun and creative.”

Cartoon says that, since writing this story, she has discovered that reading STEM-themed fiction can be a really valuable, informative experience for readers. She’s currently sitting on another story — also STEM-themed — that merges elements of game theory with a quirky family, and hopes to write similar pieces in the future.

“Winning this contest affirmed the messages that I wanted to communicate in the story,” she says. “I plan to continue writing STEM fiction in the hopes of creating an educational experience for readers.”

Read The One, by Jessie Cartoon